Free Throw App: The Concept and How to Use 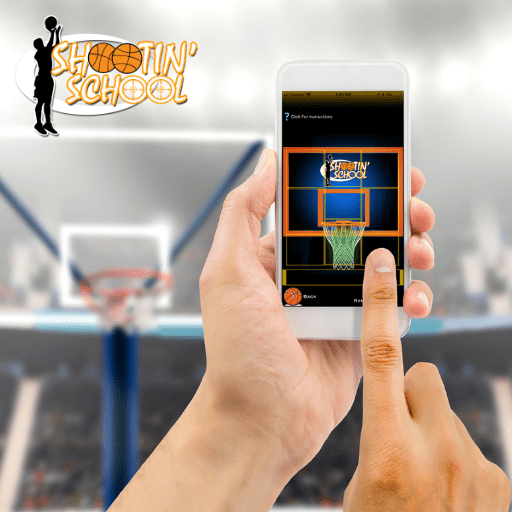 At some point in every player’s career, increasing free throw percentage becomes the high priority.
Without fail, these players ask their coaches:

“How can I increase my free throw percentage?”

90% of the time, the answer is going to be the cliche response:
“The only way to get better at free throws is to shoot more of them!” Will that works? For some… maybe. But, is it really the most efficient way?

We don’t believe so.

The game of basketball has become super competitive over the years. More players, more skill developers, trainers, clinicians, etc, etc, etc. Getting an edge as a player has become much more difficult.

You don’t have time to waste!

So, training smart and efficiently is crucial to any players success.

That’s exactly what our Shootin’ School Free Throw App promotes!
The concept is simple. Most players go outside and shoot “X”(plug in any number you would like) the number of free throws. For our example, let’s assume a fictional player shoots 100 Free throws.
After shooting them, the player goes to a parent, guardian or coach, either excited or disappointed with information. What information is the player going to give? Of course, he/she is going to give the number of free throws made out of 100!
Great… Now we know how many the player hit. Let’s assume for simplicity he/she makes 50 free throws. Based on simple math, we can figure out how many shots were missed (50).

ARE WE TO BELIEVE THAT IF THIS SAME PLAYER SHOOTS ANOTHER 100 SHOTS THEIR ACCURACY WILL INCREASE, JUST BECAUSE THEY ARE SHOOTING MORE FREE THROWS?

IF THAT WERE THE CASE, WOULDN’T SHAQUILLE O’NEIL BE 100% FROM THE FREE THROW LINE BY NOW (AFTER THE THOUSANDS OF PRACTICE SHOTS HE’S TAKEN)?
Something isn’t right.
The problem is that the player is focusing on the WRONG NUMBERS! This old-school style of practicing free throws is outdated. There is a better, more efficient way.
What are the numbers that the player should be focused on?
The player should be examining the location of each and every miss! The information you need to improve your free throw percentage lies in the details of the missed shots.
Here is a very exaggerated example. Let’s take our fictional free throw shooter, who just missed 50 free throws, and assume that we know the following information:

Out of 50 Missed Free Throws:

Wow! Pretty interesting! If you were given numbers like these, what would you think has to be done to increase this players accuracy?
This example is pretty simple… reduce the number of shots missed to the right. Where do you think those adjusted shots are going to go?
This process continues for as long as you want! Keep honing in on the rim until you are hitting that 95% and higher range!
Contact me directly at Shootinschoolcourse@gmail.com to figure out why you are missing the same way every time, or why so many of your shots are doing the same thing, but this app is a great place to start. It’s data-driven, its smart, it’s efficient and it does ALL THE WORK FOR YOU!